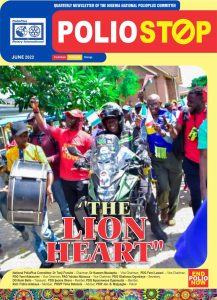 On April 19 2022, Kunle Adeyanju, a Rotarian and incoming club President of the Rotary Club of Ikoyi Metro left London to begin a journey which would take him into France, Spain, Gibraltar and into Africa, he probably had an idea of the enormity of the task that lay before him. Indeed he had spent months preparing for it, checking out maps and making route plans. He researched accommodations, hospitals and security situations and knew from the beginning that it would be one hell of a journey. What he would not have counted on was the amount of publicity his trip would generate across the world, the number of new followers he would gain- his Twitter followers increased from just 3 in April to almost 100,000 at the end of May, and the number of people who would be waiting to receive and celebrate him at the Rotary Center in Ikeja at the triumphant end of his perilous ride in the cause polio eradication and the welfare of the women and children of Africa  Read more…..